Ballard’s Barber Shop was owned by Gary Dean Ballard. The barber shop was advertised in the Green Book from 1963-1967 and was listed as “Ballard’s Barber Shop----Five Points” in Charlotte, North Carolina. A street address was not listed for this business in the Green Book, but it was located at 1737 W. Trade Street from 1961-1962 and at 1806 Rozelle’s Ferry Road in 1963 according to city directory records.1

Gary Dean Ballard of Ballard’s Barber Shop, located near the Five Points intersection in Charlotte’s historic West End, served local Charlotteans and students at Johnson C. Smith University for half a century. Ballard and his wife, Sarah Cherry Ballard, married in Windsor, NC, in 1949 and moved to Charlotte soon after. Gary took a job as a janitor at American Cyanamid.2

Gary was first listed in the Charlotte city directory as a barber in 1958, when he managed Fairview Barber Shop. He owned his own shop, located at 1737 West Trade Street, by 1961. Ballard’s Barber Shop was advertised in the city directory as “Your college barbershop, it pays to look neat, treat yourself to the best.” The shop remained at this location for two years before moving to nearby 1806 Rozzelle’s Ferry Road in 1963, where it remained until Ballard’s retirement in 2008.3

Gary and Sarah Ballard were active in the community. In addition to running the barber shop, Gary served as a deacon at First Baptist Church West and as treasurer for the church’s building fund. He was also a volunteer with the Friendship Trays Project, which delivered meals to those who could not leave their homes due to illness or disability. Sarah, who held a B.S. in Science and Mathematics from Shaw University and an M.S. in Library Science from Catholic University of America, worked as a school librarian. She was a member of the Druid Hills Garden Club and the Druid Hills Action Committee. She was also a member of First Baptist Church West and taught the junior high Sunday school class.4 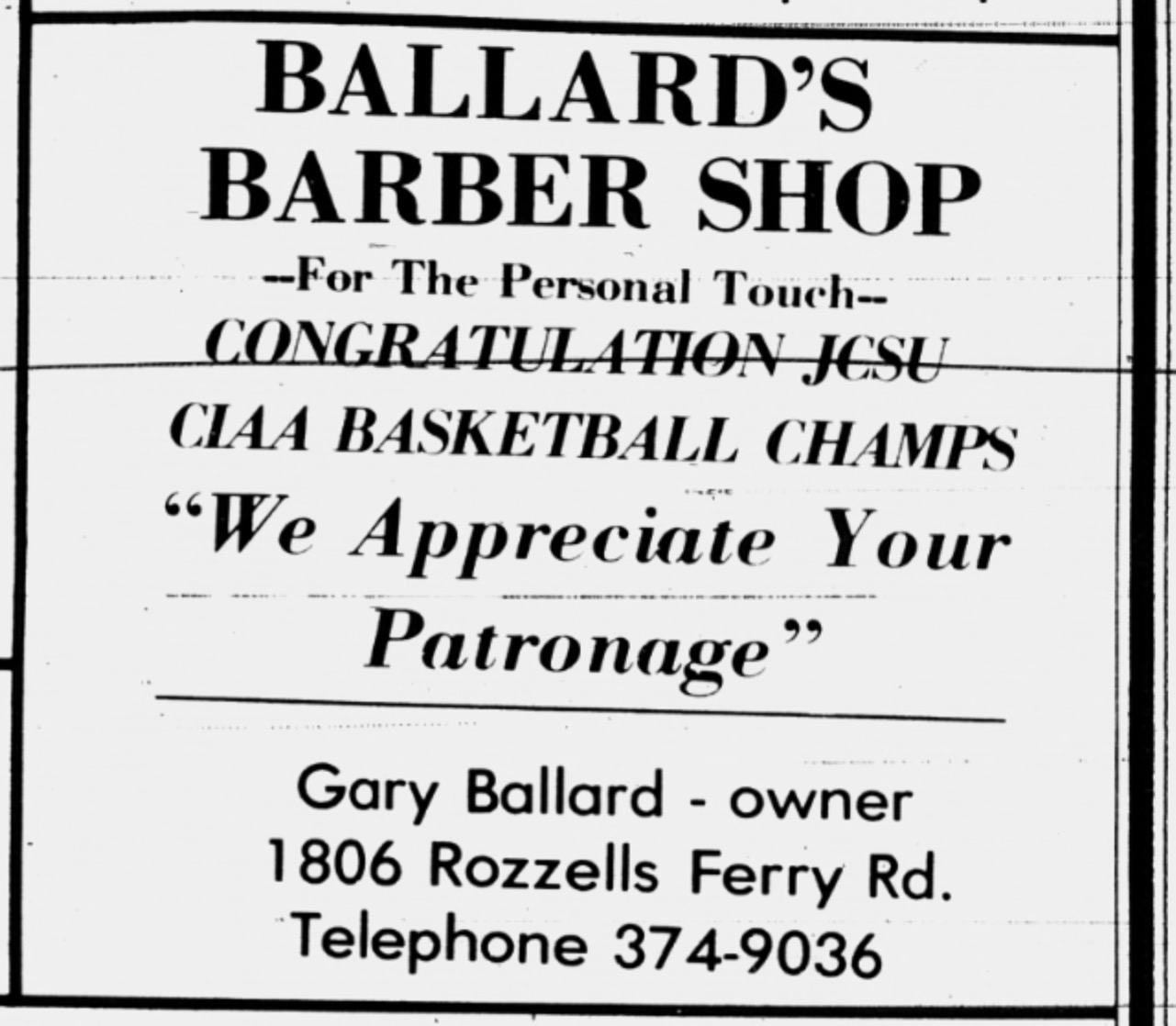